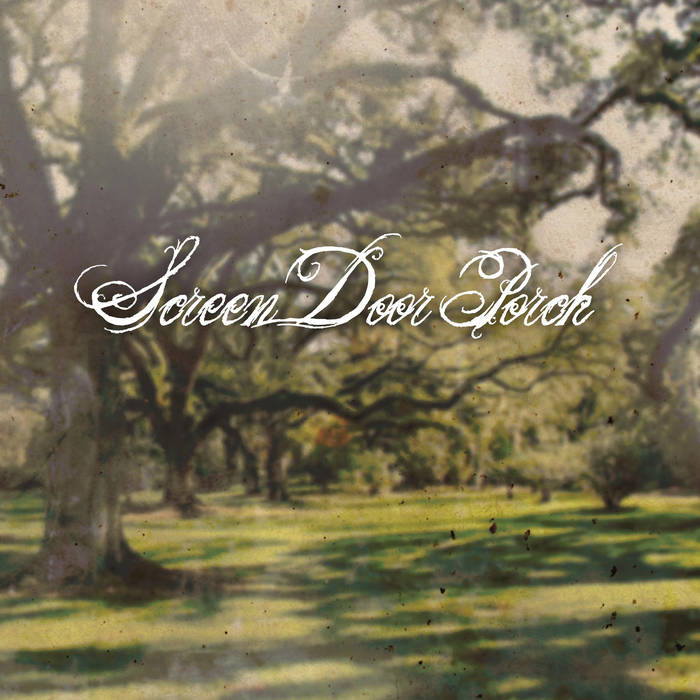 "All my years are gone, faded one by one, washed into the grain," professes Seadar Rose in the opening lines of "Wrong the Right," the lead track on Screen Door Porch's self-titled debut album. Weaving poetic coincidence and certainty, the subtle rocker embraces the vulnerable truths within us all—a thread that surfaces throughout the album's twelve tracks. Stories steeped in misadventures, gambling, mountain solitude and struggle compose the varied grains of Screen Door Porch.

The duo of Screen Door Porch—Seadar Rose and Aaron Davis—deliver groove-injected Alt-Folk and soulful Americana, garnished with multi-instrumentation. This roots music combined with ambient textures, dirty slide guitar, and country-sweet harmonies outline a sound that is not quite acoustic.

Screen Door Porch left their home in Jackson Hole, Wyo., spending the winter months in Austin, TX to record, to perform at South by Southwest, and to tap into the wealth of talent that the Live Music Capitol has to offer. They searched out co-producer Britton Beisenherz (of Monahans), and entered Ramble Creek Studio with a strong foundation of material, which in just five days, evolved into an unimaginably fluid and fruitful collaboration.

“We really left ourselves behind for this one, letting each song take a path of its own rather than holding the reigns too tight," says Rose. Davis adds, “The songs on this record are like us, travelers—glimpses of what moved us, what we saw, and dreamed. A year ago we could not have made this record. It was born from moving around and growing musically closer as a band.”

After releasing a combined three EPs and three full-length albums with other projects, the duo formed Screen Door Porch as an outlet for the gritty folk songs they grew up on in the American South. The band has evolved from a side project to their main focus. It has been over three years, hundreds of shows, and thousands of miles since Rose (vocals, acoustic & electric guitar, mandolin) and Davis (vocals, acoustic & electric guitar, mandolin, banjo, harmonica, foot percussion, suitcase) found a connection that couldn’t be ignored.

Rose grew up in North Carolina, where she was exposed to the roots of Appalachian folk music. A vocalist before she ever picked up an instrument, she started performing and playing guitar after meeting Davis in Wyoming. During a songwriting stint in Austin, she recorded an EP with Austin guitarist/producer Rich Brotherton (of Robert Earl Keen). In 2009, Rose headlined the Women of Jackson Concert at the Center Theater in Jackson.

Davis hails from Kentucky, where he began writing poems in grade school. He picked up the guitar at age nineteen, inspired from the folk-rock of Dylan and The Band, as well as the blossoming jamband scene. Much of his twenties were spent in the unrivaled solitude of Wyoming's Teton Mountains, all the while exploring a multitude of music styles and instruments. His solo album Rear View Mirror was called "One of the Best Americana Releases of 2008" by Rootstime and it reached #16 on the Freeform American Roots Chart alongside Bob Dylan and Old Crow Medicine Show. Davis earned runner-up honors at the Dreams Acres Music Festival Songwriter Contest, and had one of his songs selected for the television series Road Trip Nation.

Like their live performances, the twelve tracks on Screen Door Porch showcase a diversity of stripped-down acoustic songs and lush electric ensembles. They will play as a duo (with Davis on foot percussion and suitcase kick drum), trio (with drums), and quartet (with bass and drums) during their national Spring Tour that will put them on stages in ten states.

Step onto the Porch and be washed into the grain.

Bandcamp Daily  your guide to the world of Bandcamp